…there just wasn’t many jobs to have anywhere.  Borden’s, I think they come in here about that time, about ’27…and it helped a lot for employment in the county, employed a lot of folks…I started there in 1931. (Eugene Penick, Sr., August 7, 2009, Mississippi Oral History Project)

Noxubee County offered a “…7-acre site to the Borden Southern Company for the million dollar milk evaporating plant that is to be erected here in the immediate future” (“Dairying industry as seen by Herald representative,” p. 1, Biloxi Daily Herald, September 19, 1927).  The plant was located in Macon, and processed canned evaporated milk from the milk supplied by the Noxubee county dairy farmers.  Mr. Penick said the canned milk was shipped out on rails.  The M & O Railroad built a spur track to the plant to accommodate pick up (“Plans for Borden Milk Plant are completed,” Biloxi Daily Herald, November 17, 1927, p. 1).

An advertisement in the 1929 The Morning Call, Laurel, Mississippi described the product:

Malcome ONeal described his trip with the Club Congress to the plant:

In the afternoon we visited Borden’s milk plant.  This was very interesting as everything was done by machinery from the time it left the trucks until it was ready to be delivered.  In this plant we saw them making the milk that was too sour to condense, into milk sugar. (My Trip to Club Congress, The Morning Call, July 3, 1929, p. 8) 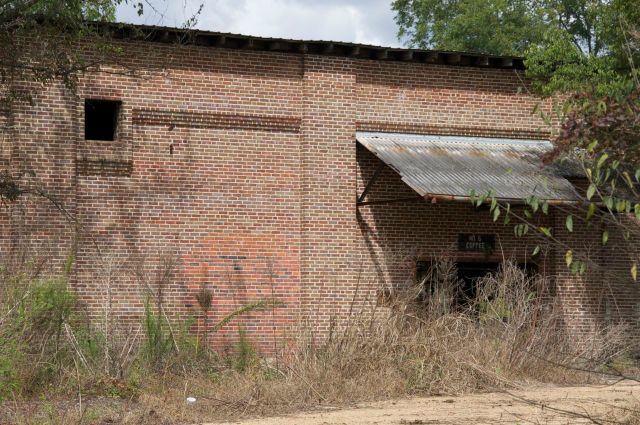 New products were introduced into the line in 1945, including Borden’s Instantly Prepared Coffee (The Borden Company Annual Report 1945, p. 11).  These products were among those targeted for “civilian” populations, as much of the regular products had been redirected during the war years.  I had wondered at the sign (visible under the pent awning) indicating No. 6 Coffee, but possibly, this was a section of the plant that addressed coffee production in later years of operation.  Of course, that is mere speculation as no additional information was provided in the report as to which plants participated in the instant coffee market. 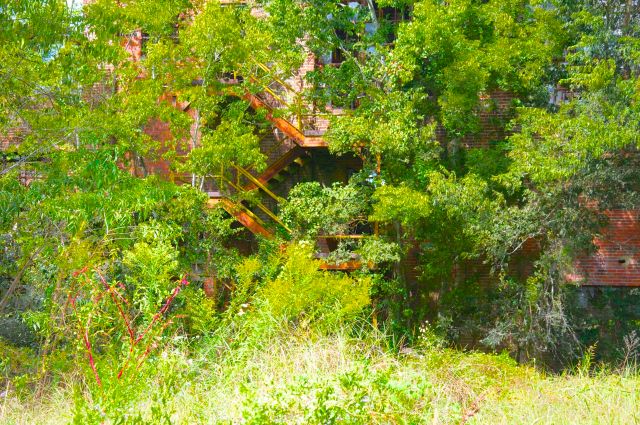 I cannot locate a date for closure of the plant, but found one reference to operations in 1963.  Although the opposite end of the plant is still in some sort of usage and appears to be sound, this section of the building is overgrown, and the roof has collapsed. 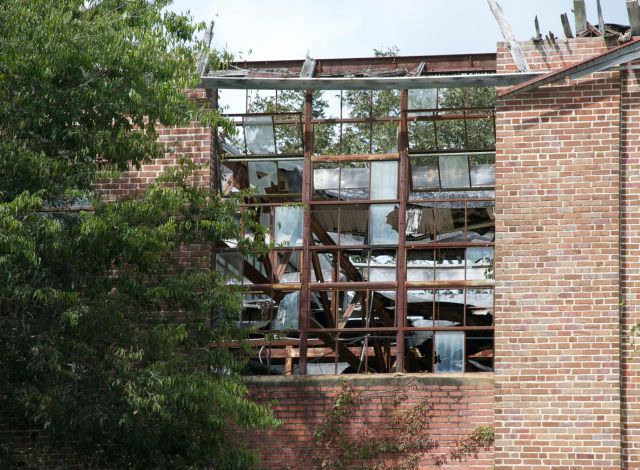 Presumably, as electricity access and refrigeration became common place, the use of canned milk, other than for cooking, fell out of fashion.  Storage of fresh milk (or ‘fluid’ milk as it was referenced in 1929) became easier, which naturally reduced the market for milk that could be stored without refrigeration.  I noted in South Africa that “long-life” milk is still a norm, as many areas have little or no access to electrical power, or no refrigerators, and require milk products that can be stored without refrigeration.