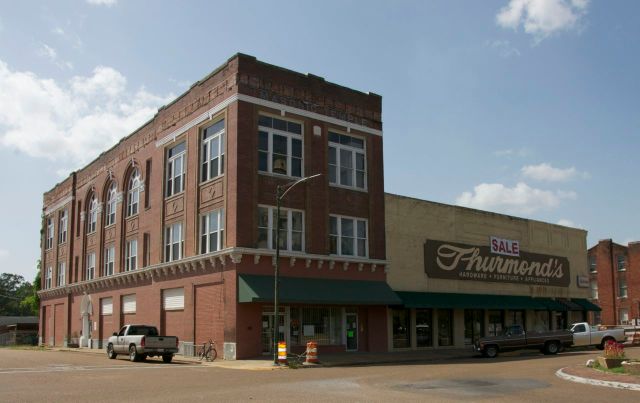 I have no idea what is going on with those first floor bricked up areas.  The three to the right of the entrance feature the same type of brick as the building, but the ones to the left and the far right are different.  The ones to the left are larger also, and almost seem like garage bays. 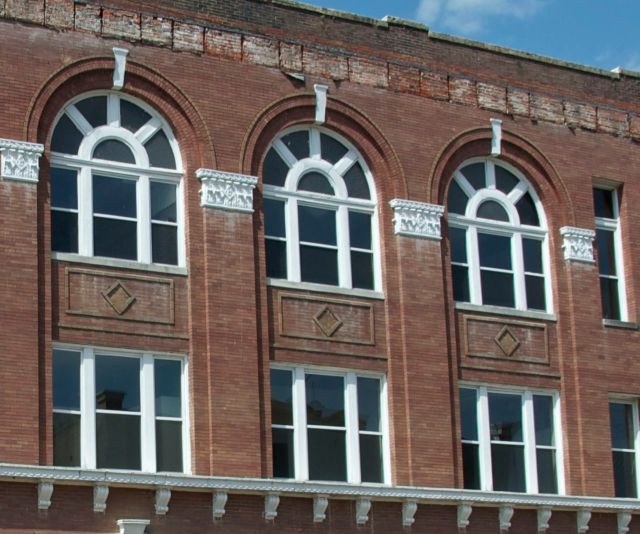 But just look at the detail in the arches as described above! 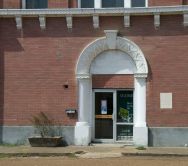 A circa 1970 Masonic Lodge # 24, F&AM, was constructed on Vine Street.  I had to laugh out loud at the description from the MDAH/HRI database in Comments and Notes:

I had to see what could cause such utter contempt, so I took a Google map drive down Vine Street.  I am going to have to agree with the graceless brick box, but then, I guess a meeting hall is supposed to be just that–a meeting hall.  Certainly, Penn Jeffries Krouse’s building on Court Square, even in its slightly dilapidated-looking state, retains the grandeur of past architecture.

Roaming, at home and abroad

From Pyrenees to Pennines