Training Day: Where are you going? 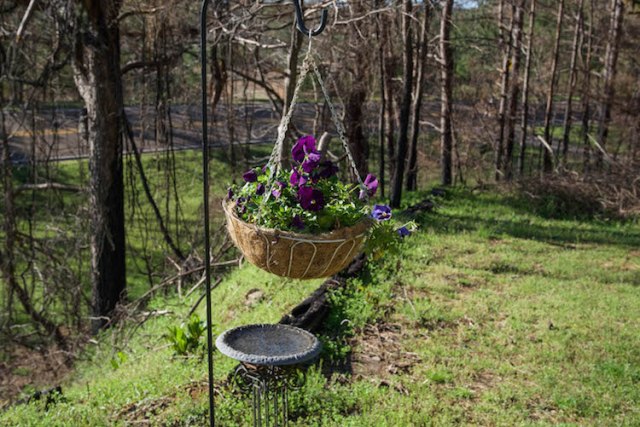 Corrections and additions on April 6th: The sun was just peeping in the east windows this morning when I was startled awake by the sound of a siren horn–the kind that officers “blurp” a couple of times behind you to get your attention.  The dogs went nuts.  I put on my robe and went outside.  That little curve in the road, just beyond the trees, has a small pull-off area where people stop to visit, tinker with a car, and truth be told, probably more than a few of them were drinking beer while parked.  This morning, it held a cheering group of bicyclists. 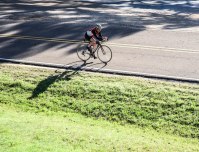 Apparently, the end of the training race (discovered yesterday it was not a training race, but a real “triathlon”) was just past our driveway, so the cheering was wafting up the hill from the little valley below, and right into our house.  Every bicyclist rounding the curve below my cliff-side abode caused a shout to go up from the riders who already reached destination.  (I also learned yesterday from my cyclist racing colleague that there is no device–they just lean forward for aerodynamics.  While I know that from motorcycle riding, the whole hands in front gig seemed curious, but it is just another aspect of aerodynamics.)  I know in flying an airplane to become instrument certified you had to do that, wearing a hood/helmet that only allowed you to see your instrument panel.  It is important, because in fog, one cannot cheat and glance out the window.

I admire athletes who train, and one of the things I have been sorting out of late in my plans of what goes and what stays in my life is how to take better care of my body.  Mind you, when I intended to have a peaceful late sleep since April is always a grinding marathon to the finish line, starting in the morning with grading comps and evaluating admission applications, being jarred awake even by those dedicated athletes is a bit annoying.  Hey, guys, me and all my other neighbors like it quiet.  There are empty stretches of road all over this county where people do not live and sleep–you couldn’t pick one of them? (This was said in jest, but just to clarify, I am not a mean person, and of course other people can use my road. 🙂

Even the cats were all milling about, meowing, and asking what was going on.  Training day.  I will get right on that.

Additionally, I learned that those wheels that appeared like “mountain bike” tires to me from such a distance are actually another aerodynamics feature.  The wheel extends to create additional aerodynamic asset for the rider, and it is not part of the tire.  It’s all about the speed.

Like Loading...
This entry was posted in Country Philosophy, Mississippi and tagged Bicycle racing. Bookmark the permalink.

6 Responses to Training Day: Where are you going?