Posted on February 9, 2019 by Suzassippi

The school opened in September 1912 with “nearly 1,100 students” and could accommodate up to 1400 pupils.  Prof. J. H. Patterson was the principal.  The new Hume-Fogg high school was built on the site of the earlier Hume school, the first public school in Nashville.  Hume was named for Alfred Hume, considered the father of public education in Nashville.  Hume was asked to compile an investigation into public schools and his resulting plans were the basis of public education in Nashville.  The cornerstone for the first Hume school was laid in 1853 (The Tennessean, Jan. 25, 1916, p. 79). 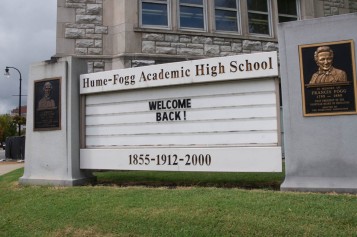 The photograph of the entrance by EVula shows the intricate detail of the building which still serves Nashville students as one of two magnet high schools. The other is the historic Pearl Street school, now known as Martin Luther King, Jr. magnet high school. 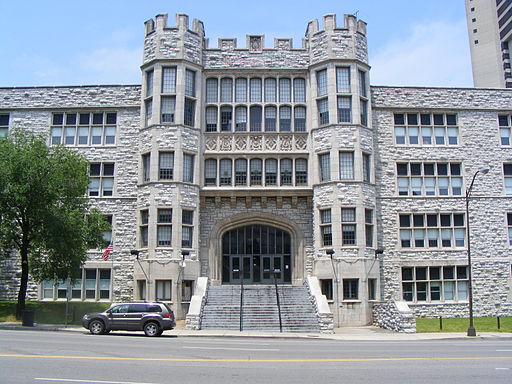 The Fogg of Hume-Fogg was B. J. Fogg, the first president of the Nashville Board of Education.  Hume’s son, Alfred Hume, would continue his father’s legacy in higher education by becoming the first chancellor to possess an earned doctorate at the University of Mississippi.  He served two terms as chancellor, served as acting chancellor three times, and taught mathematics and astronomy.