The former Hobson church building sits on the corner of Greenwood and Chapel in East Nashville.  I am always a little sad when I see a beautiful building not in use.  The Hobson saga has a long history with it, and although the congregation moved to a new location several years ago and is still active, what of this building, and the historic sanctuary behind it?

The old sanctuary, connected to the “new” 1929 sanctuary by a wing joining the structures, was built in 1868.  A news article from 2014 indicated a developer had purchased the property and planned to develop the Eastwood Village on site, with new buildings and reuse of the historic buildings.  In 2019, it still sits, and the website for the development is expired, leading me to believe that the project will not be coming on line any time soon.  Now, what about these buildings?  Several news articles from the last few years claimed various dates for the buildings, including 1924 for the 1929 sanctuary, and 1851 “pre-civil war” original Hobson’s Chapel for the older sanctuary.

While the original Hobson’s Chapel was indeed 1851 and pre-war, this is not that structure.  The original Hobson Church was located on the northeast corner of Main and Tenth street, and was seized by the Union Army and used as a hospital during the war (The Tennessean, Dec. 12, 1909, p. 37).  The 1909 pastor, Rev. W. T. Noland reported the building was in “filthy and dilapidated condition..unfit for a church edifice”.  Using the proceeds of the sale of the building to Hughes & Mims, and private donations, the new Hobson Chapel was constructed beginning in June 1868, and dedicated November 29, 1868.  It was described as “in an architectural sense, one of the handsomest and best  arranged houses of worship in Middle Tennessee” (The Tennessean, Dec. 1, 1868, p. 4).

The church is to be a large and magnificent one, and will take the place of the old Hobson’s Chapel, which was so badly damaged during the war as to make it unfit for future use. (The Tennessean, June 6, 1868, p. 4)

SINCE THE CONFLICT: A Brief Review of the church as it is at the Present Day.

Many of the church members are not yet gray who remember how the Federal troops occupied Nashville in 1862, how the churches were either burned or turned into hospitals, or use by the Northern preachers…Hobson Chapel had been turned into a slaughter-house…The old Hobson Church has been superseded by Hobson Chapel, in one of the most beautiful environs of Nashville.  It is a typical English Chapel, built of brick, and has an exceptionally handsome parsonage. (The Tennessean, Jan. 19, 1890, p. 10) 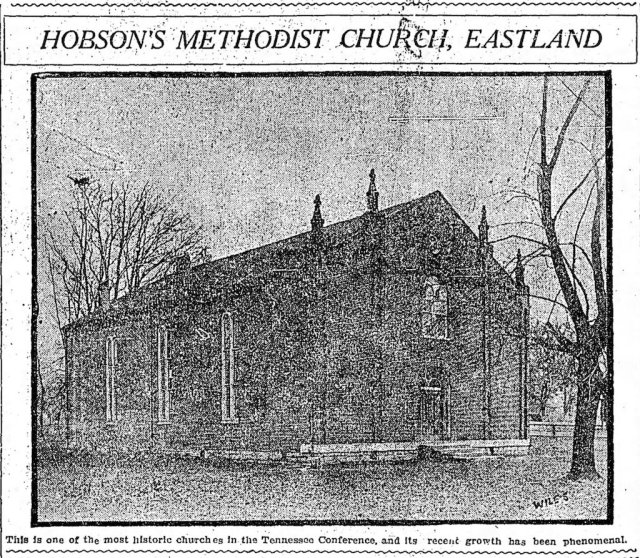 This 1909 depiction of the new Hobson church shows finials atop the buttresses/engaged columns/pilasters (I cannot clearly determine which it is from the photograph, but it appears to be more substantial than a pilaster) that are no longer extant.  The front door design was altered, as were the tall windows along the side elevation. 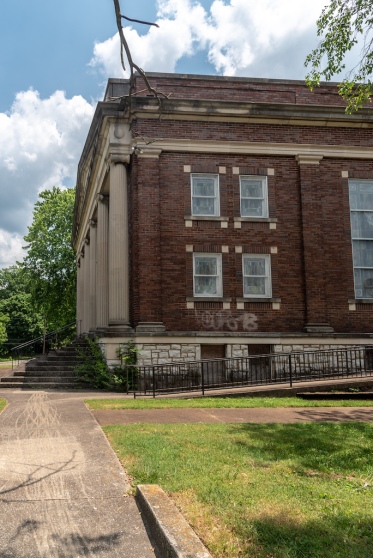 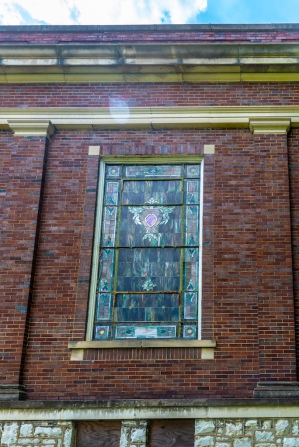 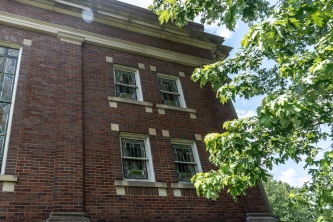 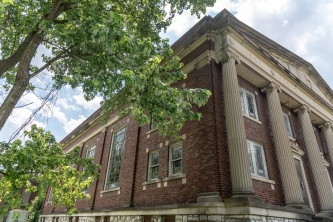 After getting back in the truck following my photographic spree, I remarked, “This is going to be my retirement home.”  As usual, Rand laughed.