Posted on February 9, 2020 by Suzassippi

At the South Gate of Kensington Palace, and adjacent to the Memorial to Princess Diana, the fences are covered with tributes.  Flowers, photographs, signs, candles, and stuffed animals cover the fence along the walk.  Although we, as well as many others, were fascinated at the wedding between Diana and Prince Charles (Mother read everything she could ever find about Princess Diana!), I truly do not recall much else over the years.  During our 2006 visit shortly after the opening, the memorial had any number of visitors on a gray and damp London morning. 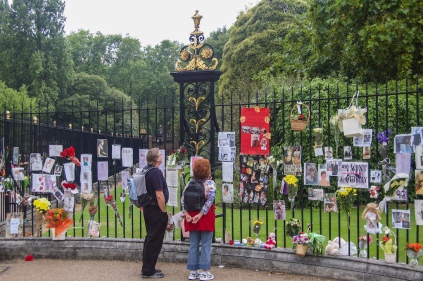 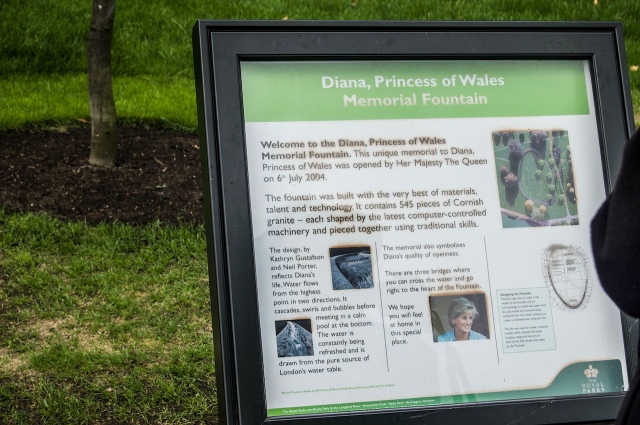 I confess to having not given it a great deal of thought beyond the initial shock at her death due to the relentless paparazzi, and the realization that her sons would grow to adulthood without their mother.  I was not a follower of the Royal Family, but would read the occasional news items such as the marriage of William and Kate, and the births of their children.  When Prince Harry and Meghan Markle began to appear regularly in the news the past 2 years, I was surprised at the vitriol with which she was portrayed, but I do not know why I should have been. 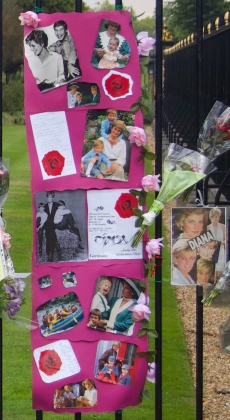 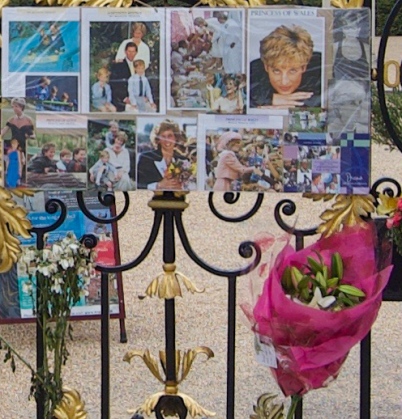 When I began looking through my London photographs a few weeks ago, and ran across these from the memorial that portray Princess Diana with her sons, I have reflected more deeply about Prince Harry’s decision to step back from the tradition of the Royals and seek a different path for himself for his sake as well as his wife and child.  I believe that all of our children anywhere and in any circumstances deserve to growth up safely and supported.  I question why so many feel the need to do otherwise and contribute to the harm and trauma done to our children in so many hateful and hurtful ways.

As I work with social work students daily, I am reminded of our important role in work to prevent trauma when possible, and intervene when it is not.  The passion for advocacy and change is strong among them, as it is with others in our common work.  In the face of the horrid things happening and being perpetrated with direct intent to harm, I appreciate those who stand for peace, justice, and equality, and more so than ever, diversity, equity, and inclusion.