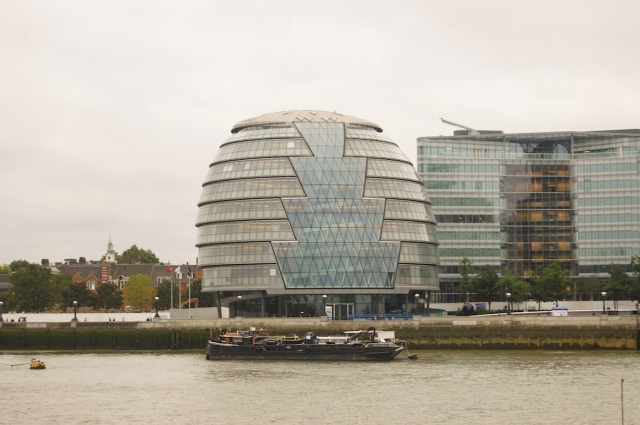 The City Hall building on the south bank of River Thames near London’s Tower Bridge is “despite its name…not in and does not serve a city” according to Wikipedia.  It was designed by Norman Foster and constructed between 2000 and 2002 for a cost of £ 43 million.  The “unusual, bulbous shape” was supposed to be energy efficient, although that has been questioned for a number of reasons. 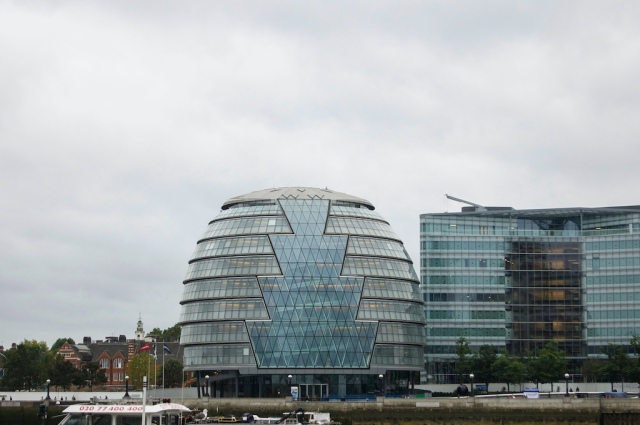 It contains two underground floors and 10 above ground floors, and has a helical staircase in the center, which reaches to the top floor.

I located another couple of photographs of the hall from different locations and angles!