Back to the past when it was still the present

I have been working (finally!) on cleaning and and clearing out this week.  I decided if I did not just start somewhere, it would still be like this at the end of summer.  We have a lot of things to address before we can get on to the task of remodeling the kitchen and adapting the front and side porches.  But you know how it is when you start going through things, right?  We have been working on the “computer room” which is also where we store things in the closet, have the file cabinet, and in general, is the catch all room.  Yesterday, I was able to remove all the items that are mine except those in the filing cabinet and in the closet.  We have to move out the now almost empty bookshelf and the exercise bike before I can get to either of those.  I picked up a large cardboard tote and found it full of pictures….and you know the rest. 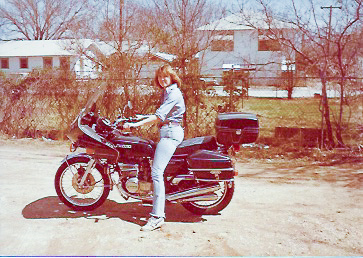 Long before R and I met, I had accepted I would not be a mother, and had come to terms with it.  When it was clear R and I were getting serious, I had “the talk” where I explained I could not have children and he needed to know that before we went any further.  He said he did not want children so it was fine with him.  And then…life changing news six weeks after we married.  It was honestly a tough transition.  Not that I was not happy about it, but that it upended my life in ways I had not expected, and certainly was not what R was expecting.  I decided it was probably a good thing that it takes 9 months for a baby to develop before entering the world for both the mother and the father. That was 38 years ago last week.

Isn’t it amazing how a photograph can bring back a flood of memories in a fleeting moment?  And how most of us can rise to the challenges even when it was not planned?  It changed us both in ways we could not have predicted, and challenged us in ways you cannot always prepare for, but then, life is very often that way.  I think we who survive this pandemic will be saying something similar.  I cannot predict that I will, but I do the best that I can with what I know–just like we did with parenting a baby we never expected to have.  Opportunities for growth, change, and learning, often disguised as a problem or a challenge.

Like Loading...
This entry was posted in Country Philosophy, Texas, Young County and tagged Challenges and opportunities, Dealing with the unexpected. Bookmark the permalink.